This virtual event is free to attend. Register here to participate.

Purchase a copy of The Complete Hate to help support the authors and The Strand. Copies purchased through the event will include a free bookplate signed by Peter Bagge.

Grab a gift card if you already have the book and want to support our programming.

Join prolific cartoonist Peter Bagge as he launches The Complete Hate, an archival collection of his classic comic Hate. Peter will be joined in conversation by legendary rock journalist and grunge historian Everett True! The event will take place on Zoom and be live-streamed on The Strand’s Facebook Page.

An archival collection of one of the bestselling alternative comic book series ― arguably, the Great American Grunge novel ― complete for the first time.

The Complete Hate is a three-volume set that includes the original 1990-1998 30-issue run, the nine subsequent Hate Annuals, and tons of other Hate-related comics, illustrations, and ephemera created for books, magazines, comics, toys, and other merchandise. Bagge combined his cartoony drawing style with uncomfortably real Gen X characters, and the comic books resonated with readers. Book One (Hate 1-15), focuses on young Buddy Bradley’s travails in early 1990s Seattle. Book Two focuses on Buddy and his girlfriend Lisa Leavenworth’s move back to Buddy’s native New Jersey (and a switch from black-and-white to full color). Book Three features the final arc of Bagge’s magnum opus, as Buddy and Lisa become parents (and buy a garbage dump). Each volume, along with the slipcase, contains new covers, endpapers, title pages, and other surprises by Bagge. A mix of color and black and white illustrations. 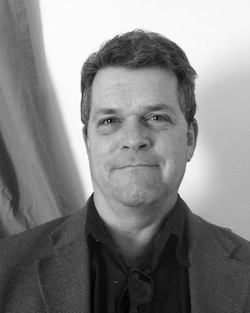 Peter Bagge is an American alternative cartoonist whose best-known work includes the comics Hate and Neat Stuff. A graduate of the School of Visual Arts in New York City, he got his start in comics in the R. Crumb-edited magazine Weirdo. His stories often use black humor and exaggerated cartooning to dramatize the reduced expectations of middle-class American youth. More recently he has written and drawn graphic biographies of Zora Neale Hurston, Rose Wilder Lane, and Margaret Sanger, all published by Drawn and Quarterly. He won two Harvey Awards in 1991, one for best cartoonist and one for his work on Hate, was presented with an Inkpot Award at San Diego Comic-Con International in 2010, and was named a Rockefeller Fellow for Literature in 2014.

Everett True, aka Jerry Thackray, is best-known as “the man who invented grunge”, the critic Kurt Cobain once called “the biggest rock star journalist in the world”. He holds a PhD in Music Journalism and has been a freelance music critic for over 30 years. He has edited, published and written for numerous magazines and websites in the UK, US and Australia, including Melody Maker, NME, The Guardian, Rolling Stone, MOJO, Classic Rock and Plan B Magazine.

He has written several books on rock music (Nirvana, Ramones, The White Stripes) and, under his stage name The Legend!, released the first record on Creation Records. Nick Cave described The Legend!’s onstage performance as being “more entertaining than Nina Simone”.